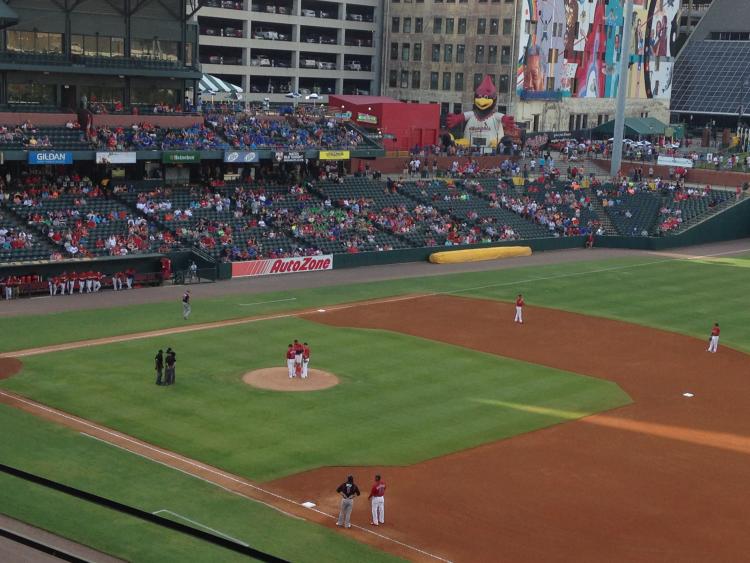 The Memphis Redbirds are a Minor League Baseball team of the Pacific Coast League (PCL) and the Triple-A affiliate of the St. Louis Cardinals. They are located in Memphis, Tennessee, and are named for their Major League Baseball affiliate. The Redbirds play their home games at AutoZone Park, which opened in 2000 and is located in Downtown Memphis. The team previously played at Tim McCarver Stadium in 1998 and 1999.